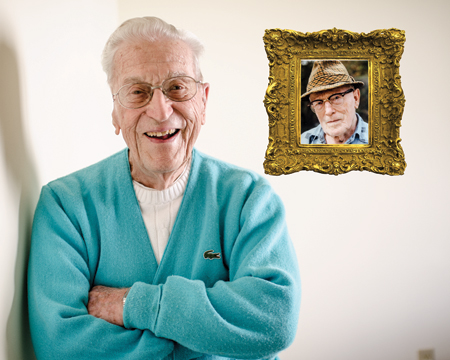 Dale Danner established this scholarship fund in honor of his father, Norman S. Danner, who taught in a one-room schoolhouse in Heidelberg Township for more than 50 years. This fund will provide scholarships through the Spring Grove Area Scholarship Foundation, and is Dale’s way of helping students for years to come while creating a lasting legacy for his father. Dale had a deep connection with his father, particularly through education. Dale also began his teaching career in a one-room schoolhouse and was instrumental in the creation of the New Salem Consolidated Elementary School. He eventually retired from the Spring Grove School District and made a hobby of creating stained glass pieces. Dale and his wife, Mildred, who passed away in 2011, had originally created a family foundation with a local bank. As the bank grew, Dale realized it had lost the local connection he wanted. The creation of the Norman S. Danner Memorial Scholarship Fund at the Community Foundation made sense as a way to fulfill Dale’s wishes. Dale is very pleased to once again have a local organization as a steward for his and his father’s legacies.