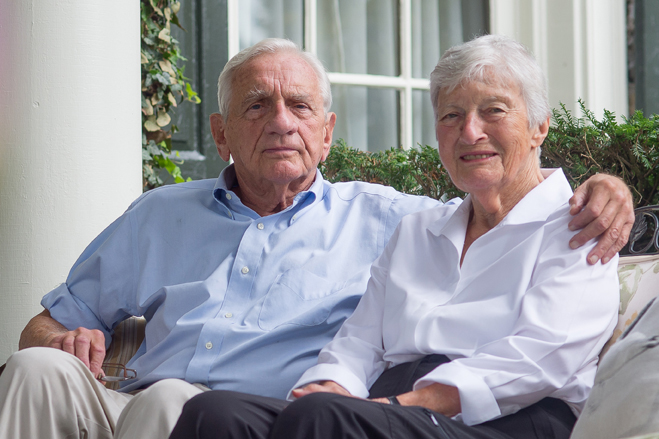 Louis and Jody Appell share a love of York and its downtown that is unmatched. They can be found strolling downtown on First Fridays, cheering on the York Revolution during baseball season, attending the Strand and the Symphony regularly, and always with their basket at Central Market on market days. When they see a need, they do more than talk about it. They initiate change. Louis and Jody know when to call people to rally the troops and make positive change occur. “Louis and Jody Appell have always had an unwavering and steadfast vision of an ever-improving quality of life for our community, especially when it comes to the City of York, the center of our community,” said their friend Tony Campisi. “Their vision and leadership has had an immeasurably positive impact on our community, both in the present and for future generations to come.” At the Community Foundation’s 2013 Donor Event honoring the Appells, Louis praised the efforts of the Community Foundation and specifically its initiative to revitalize downtown York. “The future of the City and its central core looks brighter than at any time since our leading retailers either closed up shop or moved to the suburbs. The recognition of the City’s importance to our entire region is taking hold and producing results,” said Louis. He and Jody created their Fund for York County, the Foundation’s most flexible fund, several years ago to help the Community Foundation take a leading role in addressing these issues. The great leadership offered by the Appells has been inspirational to the community, and especially to the Community Foundation. As native Yorkers, Jody and Louis describe their commitment as having fun as they fulfill their responsibility to the community.